One nation, one market 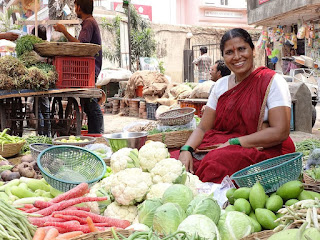 Every farmer’s dream wants an optimum price for their crops. But there is an immense disparity between the actual price and price fetched for the crops. One nation, one market is an agricultural concept developed by the Government for the betterment of farmers. This concept has just been in books and bills till now. But 2016 saw one more step towards the landmark, One nation, one market concept. This is going to be the ultimate revolution when it does become a common platform for the farmers to sell their agricultural products.

In 2016, the Government launched the idea for the flagship scheme of One nation, one market. It is based on the progressive idea that all Agricultural products can be sold at one price. It paves way for the unified market without any jurisdiction. One nation, one market will eventually integrate all the APMC’s in one place.

Benefits of One nation, one market:-

Every farmer has heard about this concept but knows very little about it. One nation, one market is beneficial for farmers in the long run. Here are some of the benefits of this path-breaking concept.

●     Direct sale- Today a farmer is not able to sell their products freely nationwide. As a result, the excess is either thrown away or spoiled. But under One nation, one market a farmer can sell their products anywhere within India. This is unlike today where farmers can’t sell beyond the jurisdiction of Local APMC.

●    Double benefit- The benefits are doubled in the One nation, one market scheme. A farmer will sell their products at a wholesale price and it eliminates the need for middlemen.

●   Allows commercialization- It is a reality that the agricultural market will become more commercialized in the coming years. One nation one market concept takes this into factor and allows farmers to sell their products directly into the commercial market.

Most farmers are apprehensive about one nation, one market concept as they don’t know fully well about it. Every farmer must understand these points as well as for the government to explain full facts. It is the need of the hour to have this farm law as quickly as possible. This is in the best interest of farmers. The best course is rather to be apprehensive about it, one should accept it with an open mind. Fasal Salah Agriculture App has always supported & encouraged the farmers by giving them the ideas to double their income through the news section which is designed especially for them.