In Kharif season 2019-20, FASAL SALAH team carry out a study of crops grown in Amritsar district of Punjab. Paddy is the major crop of Amritsar district. Idea was to look at the crop on ground as well as from satellite to see if size the crop and yields could be determined.

The Soil Moisture Active Passive (SMAP) with 9 km resolution data used in this assessment, The SMAP spacecraft carries two instruments, a radar (active) and a radiometer (passive), that together make global measurements of land surface soil moisture and freeze/thaw state. It is useful for monitoring and predicting natural hazards such as floods and droughts, understanding the linkages between Earth’s water, energy and carbon cycles, and reducing uncertainties in predicting weather and climate.

During the rabi season The recently launched Sentinel-1 SAR satellite offers a powerful tool for agricultural area classification and monitoring under various weather conditions. The Sentinel-1 satellites provide an exceptional combination of high spatial and high temporal resolutions for dual polarization synthetic aperture radar data (6 days of temporal resolution and a 10 m _ 10 m pixel spacing). The availability of a dense time series enables the derivation and analysis of temporally backscattered signals. Since rice cultivation in Camargue takes place between June and October of each year, we focus our analysis of SAR data only on this period. For this reason, three S1 images obtained from the Sentinel-1A (S1A) and Sentinel-1B (S1B) satellite constellation operating at the C-band (frequency = 5.406 GHz, wavelength ~ 6 cm) were downloaded for the period between 26 June, 01 August and 25 August 2020 and then make the composite of all images for estimation of paddy crop during the kharif season 2019-20.

Our main task is to conveniently combine all of the information about your fields in one place, to identify and draw the attention of farmers to problem areas. To achieve this, we collect data from different sources - satellite images, weather data, soil types, vegetation maps, among others - and supplement it with our own developments. After having analyzed the data obtained, the system notifies the user of possible risks and changes provides the ability to cluster fields and treat them accordingly, as well as predict yields. In the long run, the system allows for optimal resource utilization and effective decision-making.

·         The district has a wide variety of crops grown where major Rabi crops in the region is Paddy. 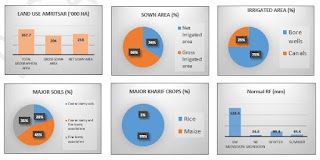 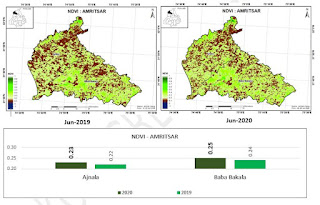 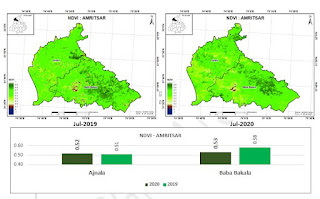 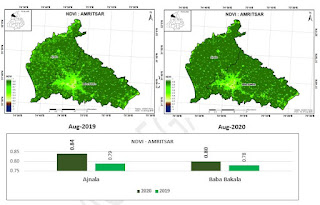 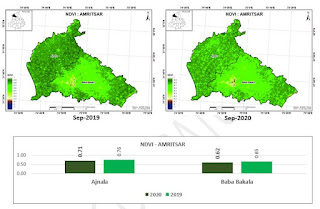 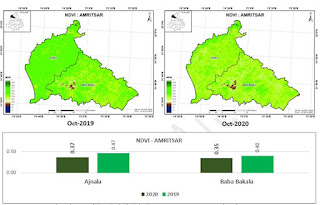 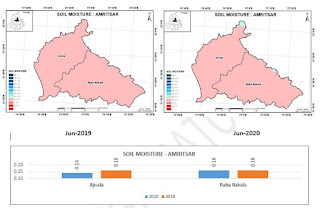 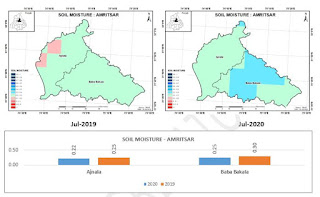 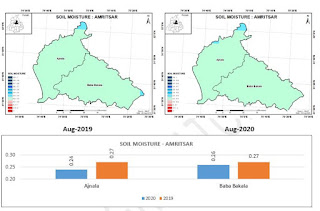 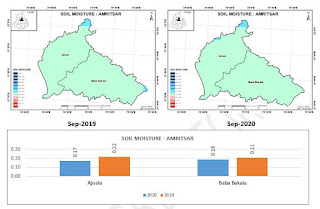 •       Soil moisture portrays moderate moisture content in the month of September in comparison to the previous year in Amritsar district. 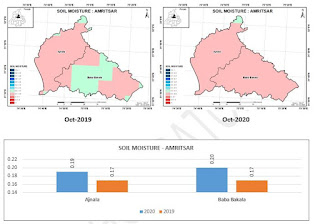 •       Soil moisture in the October month displays a picture of healthy moisture content throughout the district as compared to that of the previous year.

Please note: Any information picked from here should be attributed to bkcaggrigators.com