Farmers in Pilot's Seat: Use of Space Age Technology in Farm Prescriptions 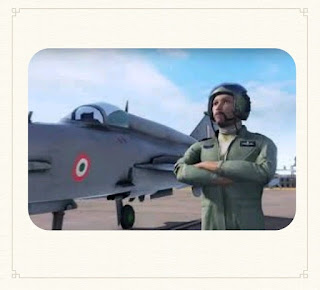 July 2020 will be remembered for bold decisions by government on abolishing APMCs, SCO, and now an impetus on FPOs.  This follows an earlier announced policy of making crop insurance optional.  All these policy changes have put the focus on individual farmers.  The farmer is on the pilot’s sea now.  A Farmer is free to decide which crop to grow, where to sell, at which price to sell, or to buy crop insurance or not.

Approximately 10 years ago, we created a pilot briefing system for Indian Air Force as per their requirements. It was a tightly monitored project created in consultation with the best meteorologists and pilots in Indian Air Force. It was cleared at the highest level and then implemented at all Air Force stations in India.  The system was called SIRAVDS.

This flight briefing system gives pilots the necessary guidance as to what kind of weather they will face at different heights during the flight time; from take-off to a safe landing at the destination. It is a complex system wherein meteorological observations from all sources are pooled, analyzed and plotted with help from computers for precise geographical locations.  All of this is done automatically and instantaneously.

This work was in the defense domain.  We decided it into bring to public domain for wider use in India agriculture.  We assumed the farmer to be a pilot.  We decided to use the same technology, metGIS, which we had perfect for Indian Air Force be used for Indian farmers. In Indian farming, weather plays an important role in the crop cycle.  Each crop has a cycle of its own.  But then, there are many varieties and each variety too has a different calendar.  Crop calendars created at IMD Pune formed the basis of crop calendar generation.  Syncing meteorology with agriculture, we later found was much more complicated as several new factors like radiation, evapotranspiration, soil types, application of fertilizers and pesticides for different crop at different stages had to be brought together on one GIS platform.  It took us nearly 5 years to stitch together a software which we named metGIS AGRO.  We patenting it.

So the technology we created for IAF pilots is used for farmers of India through our mobile App FASAL SALAH. Thus farmers are pilots for us. Later we added another dimension analysing farmers sent crop pictures using artificial intelligence to determine crop yields before harvest. We were able b to predict before harvest with up to 90% accuracy.  Findings of a pilot study together with IFPRI was presented & published at AGU at Washington in Dec 2018. We found our methodology to be a good tool to predict yield before harvest.

This tool was recognized and our innovation won the Agriculture Grand Challenge 2019 award from the Government of India. The press report published today is pointer to a direction that in times to come, the farmer will have an option to choose which policy to choose. It will be their choice.  A farmer has to evaluate the benefits and decide. It is not going to be an easy for insurance companies to sell policies taking advantage of the subsidies provided by central and state governments by enrollment under compulsory crop insurance. In times to come, even banks cannot force farmers to take compulsory insurance. Space- age technology is here to guide farmers throughout their crop cycle based on their individual needs. We expect FASAL SALAH to be a tool for farmers to exercise right choices in selection of seeds, various farm inputs and even crop insurance.

All this because the farmer is a pilot now. 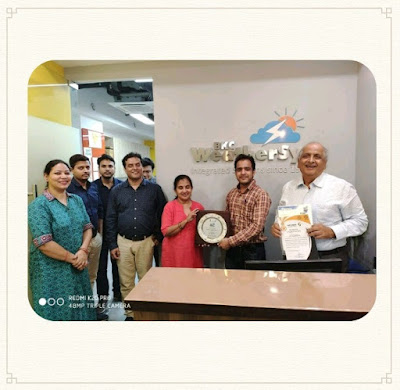