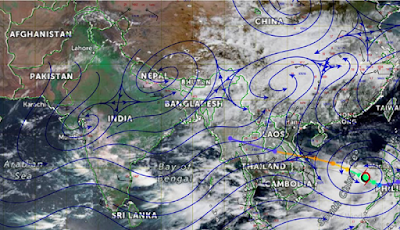 v  No indication as yet of monsoon withdrawal from north-west India. Another low-pressure area is likely to develop over the Bay of Bengal around September 17; monsoon forecast need to be assessing further to be certain. Monsoon withdrawal can begin only once anti-cyclonic flow is established and moisture reduces significantly over the region.

Normally, the withdrawal of monsoon is supposed to begin from September 17 when rains begin to reduce across the country until completely withdrawing on October 15. But this year monsoon range extended, forecast shows extensive and heavy rains along the west coast between September 11 and 24 and then until October 1 over several parts of central India.

The month of June started on the extremely wet note and finished with a surplus of 18%, the best performance in the last 7 years. Peninsular India has recorded 26.3% excess rain this monsoon since June 1 and 78.6% excess rain in September (till September 14). It is expecting more rain due to a well-marked low-pressure area that has developed over the Bay of Bengal. Northwest India has seen 13.5% lower rainfall since June 1.  However, there are parts within this region that have done worse.

west Uttar Pradesh has seen 30% lower rains; Himachal Pradesh, 18% lower; Uttarakhand, 15% lower; Jammu and Kashmir 27% lower; and Haryana, Chandigarh and Delhi, 6% lower. Rainfall that is between -20% and -59% of the average is termed deficient. West Rajasthan, also in the same region has seen a 30% surplus. North-western region is unlikely to record heavy rain between now and the end of the monsoon. The month of June, July, and August put together have a normal rainfall of 710.5mm (June 166.9 mm, July 285.3 mm, and August 258.3 mm). September holds the key to the overall seasonal performance.

This monsoon has been characterized by several unique features , such as no low-pressure areas forming in July, resulting in the monsoon trough (line of low pressure) oscillating to the Himalayan foothills very frequently bringing rains mainly to the peninsular region and northeast India in July while leaving northwest India dry. Five low pressure systems formed in August which brought excess rains to the central and western region but not much to the north-western region again. Even in this scenario, the Monsoon 2020 is heading towards ‘Above Normal’ status with an outside chance to repeat the performance of 2019 and reach near 110%. 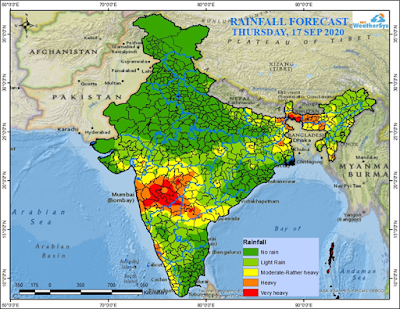 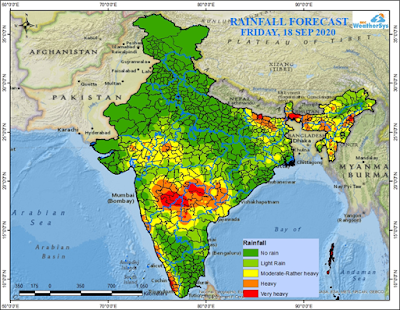 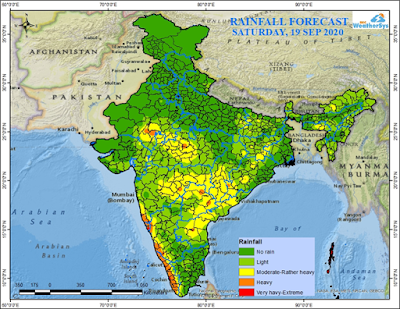 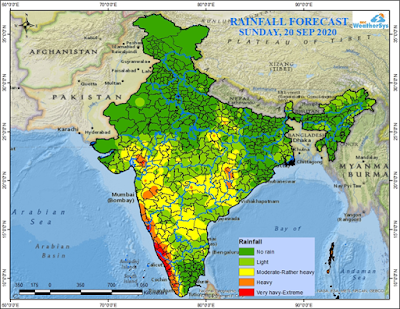