February 17, 2022
Potatoes are the most staple diet of India. It is grown in abundance in northern India. Being a staple diet, it is the most grown vegetable in India. The best season to grow potatoes is between October and December. 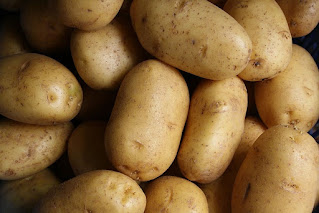 This year could witness sharp fall in production of Potatoes and prices could remain firm through the season. 2 Major Factors are;

Winter of 2021-22 has been very harsh in North India for long stretches. Comparison minimum of temperatures for last 7 years which represents major producing districts can be seen from chart below:

Temperatures in 2021-22 have persistently be lower than that of corresponding period in 2020-21
An Ideal temperature for growing potatoes is between 18 and 25 degrees Celsius. Anything lower or higher than this range means the potato growth gets affected. When temperatures drop drastically the potato grows at a slower rate. And this happens due to lower oxidation levels which invariably leads to lessened tubular growth.
Factor2: Unseasonal rain & Hail damage
This winter North India has been witnessing unseasonal rainfall and hail as well. This has invariably affected the potato’s quality. Rains brought down the temperature significantly. It affected sowing earlier in the season and lower temperatures are likely to delay potato production in worst affected area. 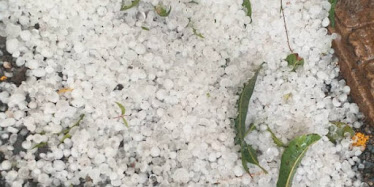 Climate is undergoing drastic change which has made crop sowing difficult for farmers. This has affected potato farmers more than any other farmers. It is essential to analyze the ground conditions first before sowing seed potatoes.

We at BKC Aggregators through our FASAL SALAH APP guides the farmers about ideal sowing conditions and hand hold the farmers through the entire growth season for making farming weather resilient. More than 300, 000 farmers registered on App are smiling farmers.

It is revealed that the whole Indo-Gangetic Plain is important for potato cultivation and the largest production is reported from Uttar Pradesh (31.9 percent) followed by West Bengal (27.97percent) and Bihar (16.21percent).