·         Crop is late due to rain effect. But sowing is too high in Kurnool, Andhra Pradesh

·         The arrival of coriander has started decreasing in the mandis of MP-Rajasthan. This time in Madhya Pradesh, due to late rains, there is a possibility of delay in sowing there.

·         On the other hand, farmers have prepared the fields in Rajasthan and due to less production of old crops, gradually the arrival in raw mandis has started decreasing.

·         In Neemuch, Mandsaur, Kumbhraj, Ratlam lines, due to the decrease in the arrival of coriander, the traders there have increased by one or two rupees in loose to Rs 70/72 per kg.

·         It is worth mentioning that sowing of coriander has started area wise. And in some areas the sowing has reached 80 percent.

·         There was a weekly holiday in Guntur, but before that about 90 thousand bags were reported to have arrived there and the price remained at the level a day earlier.

·         In the coming days, there is no anticipated increase in red chilli in the spot.

·         Stability was going on in the price of red chillies. There is not much demand coming from the consumers. Recently it has come down by Rs 500.

Ø Black Pepper: - Bullish Sentiments in the market in coming days

·         After about a week of rain, the weather in Kochi is reported to be clear this week. After this favorable change in the weather a rise of Rs 15/20 per kg took place.

Ø Cardamom: - Steady Sentiments is tend to be continue in the market last month

·         Arrivals of small cardamom increased to 43,259 kg in CPA, Santhanpara auction. Its average auction price declined to Rs 965.17 per kg due to relatively high arrivals and relatively weak buying. Earlier, in this auction held on November 9 last, this price was Rs 992.30.

·         Due to heavy rains in the Ajwain growing areas of Andhra Pradesh, Telangana and Rajasthan last week, there was severe damage to the ajwain crop. 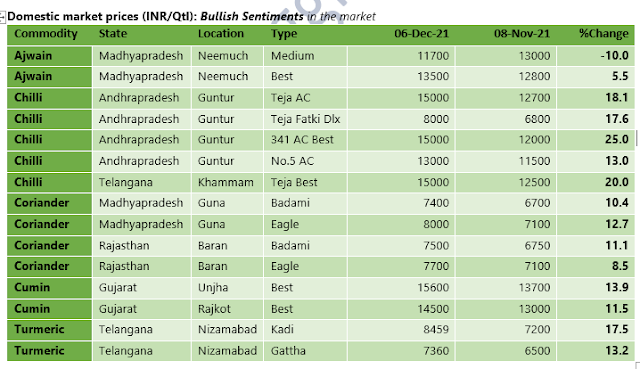 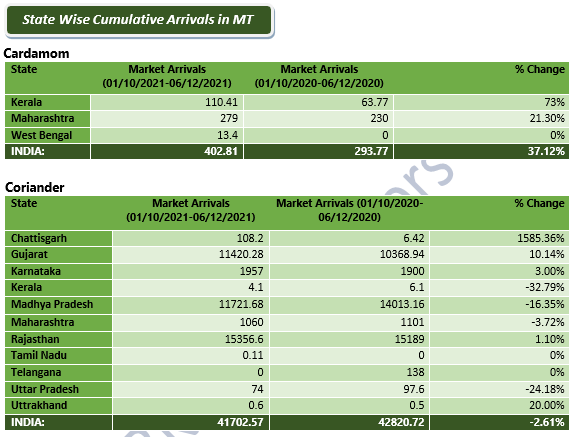 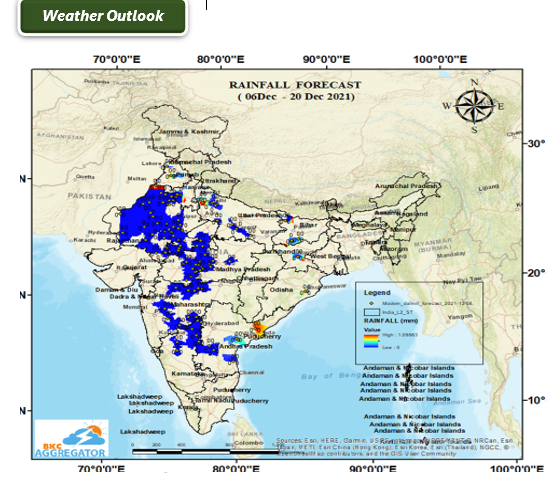 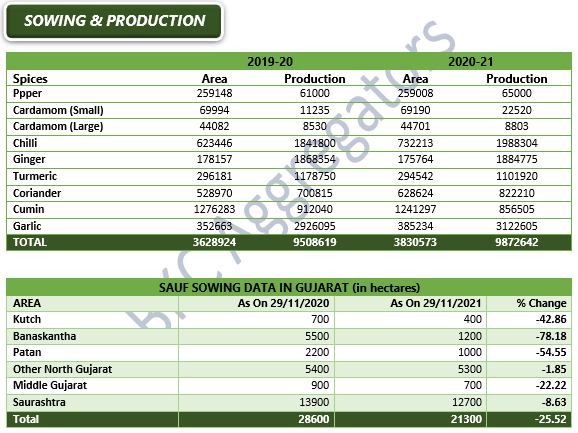 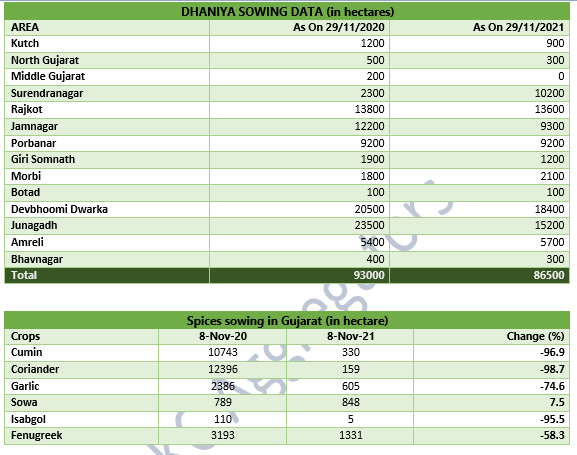 For future trends of any agri commodity Contact us-  weather@weathersysbkc.com or  9810449569