In Rabi season 2020-21, FASAL SALAH team carry out a study of crops grown in Agra district of Uttar Pradesh. Wheat is the major crop of Agra district followed by mustard and Potato. Idea was to look at the crop on ground as well as from satellite to see if size the crop and yields could be determined.

This helps the commodity market players and farmer’s decision-making process. Using crop monitoring, the system notifies its users of critical changes in vegetation, sends real-time weather risks alerts, and automates the prioritization process within fieldwork planning tasks. The tool remotely identifies problem areas, thus significantly saving time and money. As a result, all of the above-mentioned capabilities make it possible not to miss important points in the treatment of fields and to respond in a timely manner to any changes.

Our main task is to conveniently combine all of the information about your fields in one place, to identify and draw the attention of farmers to problem areas. To achieve this, we collect data from different sources - satellite images, weather data, soil types, vegetation maps, among others - and supplement it with our own developments. After having analyzed the data obtained, the system notifies the user of possible risks and changes provides the ability to cluster fields and treat them accordingly, as well as predict yields. In the long run, the system allows for optimal resource utilization and effective decision-making.

•       The district has a wide variety of crops grown where major Rabi crops in the region are Wheat, Mustard and Potato.

BKC’s FASAL SALAH App is in service of Agra farmers. A unique and AI based advanced technology where the farmers sends the geo-tagged crop pictures of mustard for better advise. Farmers get advisories based on variety sown, date of sowing and weather forecast of their village. This App uses artificial intelligence for image processing of farmers sent pictures and crop modelling analytics, which BKC has established for calculation of area, yield and health of the crop well before the harvest. 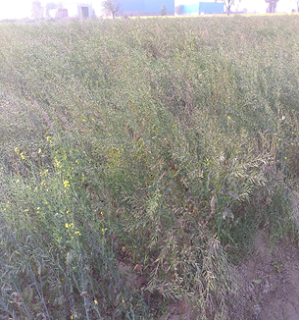 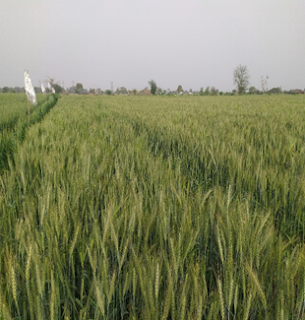 Temperature condition in the month of November and December is optimal while in the month of January maximum and minimum temperature sudden up; whereas from the first week of February it is continuously upturn. 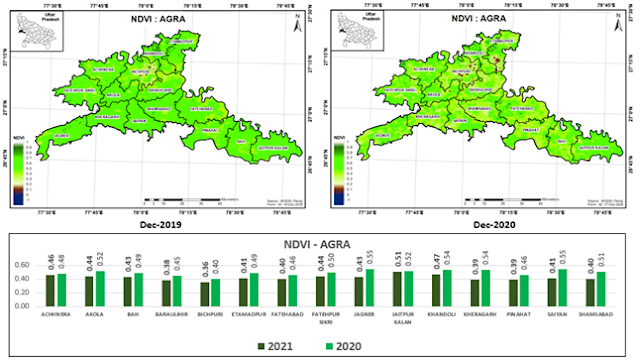 •       NDVI values of the current year are lagging behind than that of the previous year in all over the district during the Rabi season 2020-21.

•       Better crop condition is seen throughout the district with respect to the previous year except for some blocks.

All over, the district displays lower moisture content with respect to the previous year during the month of Dec 2020. 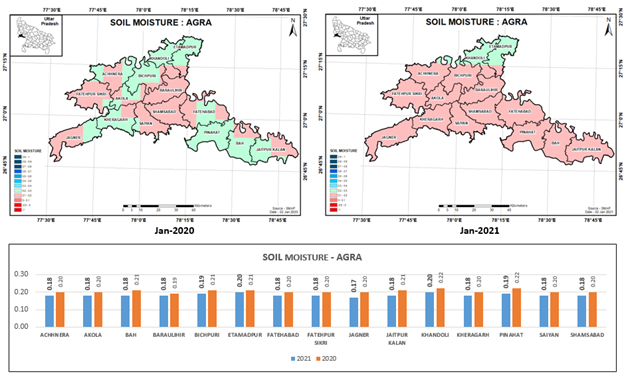 Soil moisture demonstrates Average moisture content in majority of the blocks of Agra district when compared to the previous year in the month of January 2021. 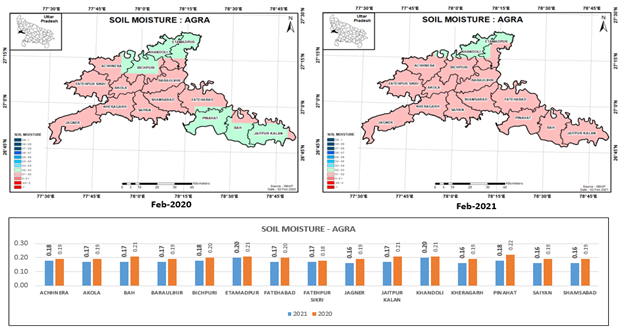 Deficit soil moisture content is depicted in the month of February, in comparison to the year  2020. 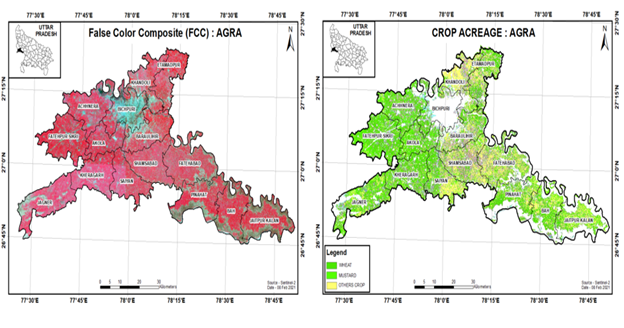 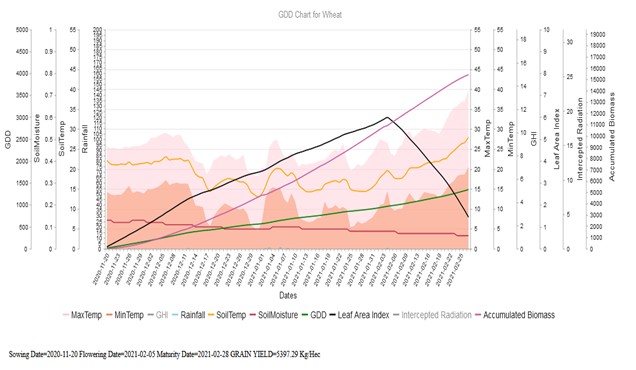 The crop is calculated when the farmers gives their inputs during the crop registrations in FASAL SALAH App i.e. date of sowing, soil, variety and our crop modeler met-GIS runs in the backend and monitor the crop at every stages throughout the crop cycle and predicts the crop yield before harvesting.

Based on NDVI crop health condition of Agra district depicts slightly low with respect to the previous year in Rabi season and same scenario can be seen in acreage estimation.

Please note: Any information picked from here should be attributed to bkcaggrigators.com